Place To Visit in Kottayam 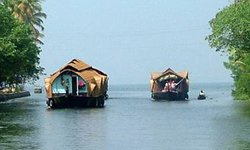 Kumarakom is a popular tourism destination located near the city of Kottayam, in Kerala, India, famous for its backwater tourism. 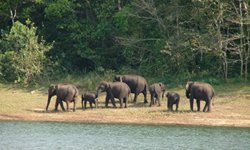 Kumily is a town in Cardamom Hills near Thekkady and Periyar Tiger Reserve, in the Idukki District of Kerala. Kumily lies in the National Highway 183 that connects Kottayam through Mundakkayam and Kanjirappally. It is a major tourist destination and a spices trading center. The famous pilgrim center Sabarimala is 150 km from Kumily. 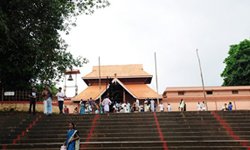 Thirunakkara Mahadeva temple dedicated to Lord Siva is located at Thirunakkara. The annual ten-day festival at the temple draws to a close with the Aaraattu ceremony. Usually nine caparisoned elephants take part in the Aaraattu procession, which begins in the afternoon.

Folk arts like Mayilattom, Velakali etc., are presented in the temple premises in the evening. Another major attraction is the Kathakaliperformances during the festival.

Also Thirunakkara is one of the ace shiva temples in the state of Kerala. 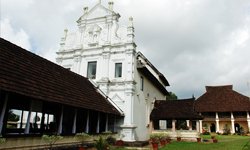 St. Mary’s Orthodox Syrian Church commonly known as Kottayam Cheriyapally ("small church") is one of the oldest churches in Kerala, India. Built in 1579, the church is well preserved. The architectural style of the church is European, with galleries, pillars, cornices and pediments. The walls are adorned with beautiful murals made in Oriental and Western styles on biblical and non biblical themes. 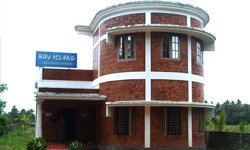 A museum to display a unique collection of superior quality driftwood sculptures of very high artistic value, prepared through a rare and innovative modern art form, Bay Island Driftwood Museum is located at the scenic village of Kumarakom. A visitor would find there a huge collection of root sculptures of various shapes and designs. 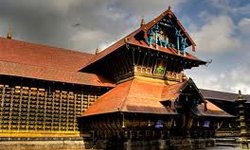 Ettumanoor Mahadeva temple is an ancient Shiva temple in Kottayam, Kerala. It has brought glory and fame to the place.

There are Dravidian mural paintings on the walls inside and outside of the main entrance. The fresco of Pradosha Nritham (Dance of Shiva) is one of the finest Wall painting in India. There is a golden flag staff inside the temple. On the top of it is the idol of a bull surrounded by small bells and metal leaves of the banyan tree and in terms of architecture this temples stands out to be an ultimate testimant for the vishwakarma Sthapathis, for their engineering skills. It is believed that the great philosopher, Adi Sankaracharya wrote 'Soundarya Lahari' while staying in the temple.

Ettumanoor Mahadeva Temple hosts the arattu festival celebrated on a grand scale on the Thiruvathira day in February–March every year. Lot of people come to this temple on the 8th and 10th day of the festival when seven and half elephants (in Malayalam: ezharaponnaana) made of gold (nearly 13 Kgms) will be held in public view. This statue was donated to the temple by a travancore maharaja. 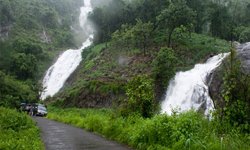 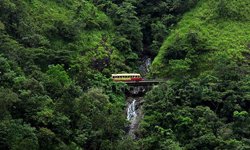 Vagamon is a hill station located in Kottayam-Idukki border of Idukki district of Kerala, India. It has a cool climate with the temperature between 10 and 23 °C during a summer midday. It is situated 1,100 metres above sea level.

Still untouched by commercialisation, the sleepy town with its scenic valleys, beautiful green meadows, enchanting pine forests, mists, fogs, tea estates, waterfalls with the overall greenery is really striking. The landscape is mostly hilly bald with green meadows. Vagamon is also home to a large variety of flowers and orchids. Vagamon has amenities for trekking, paragliding, mountaineering and rock climbing. 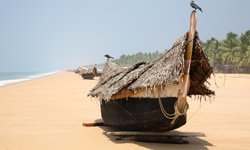 Poovar is one among the natural wonders where the Lake, River, Sea and Beach meet the land. Poovar is unspoilt and unexplored, envoloped by the most serene backwaters, and opening out to the sea and a dream golden sand beach.The historical importance of Poovar has its strong ties with the legendary King of the erstwhile Princely State of Travancore, the great Marthanda Varma Maharaja 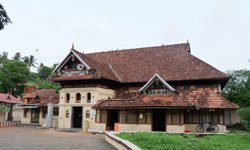 Thazhathangady Juma Masjid is a mosque situated in Thazhathangady, one of the Heritage Zones of Kerala, India, near the town of Kottayam. It is one of the oldest mosques in India and is more than 1000 years old. It is famous for its richness of architecture, wood carvings and the beauty. Southern half of it is demolished and extended with iron pillars, aluminium sheets and minars in 2012. This mosque is situated on the banks of the Meenachil river. 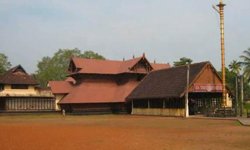 Sreevallabha Temple, a highly orthodox Hindu Temple dedicated to Purusha as Lord Sreevallabhan, is one among the oldest and biggest Temples of Kerala and a major destination for devotees all over India for centuries. Located in Thiruvalla town ofPathanamthitta district . The stone-wooden carvings and fine mural paintings inside the temple are worth seeing.